What’s So Hard About Motherhood?

“It really isn’t that hard of a job. The baby sleeps for like 2 hours at a time and eats like every 3 hours. It’s like taking care of a Tamagotchi.”

I heard that come out of the mouth of a 20-something while I was on the balcony at a local club waiting for a band to start, getting a contact high off the pot smoke wafting up from below. I sipped my drink and flared my elbows in my best upper-body manspread to hold my position at the railing and keep the tall, leather-clad boy from wedging himself into the 3-inch spot between me and my neighbor, his date.

It was obviously a first date. He was working hard to engage her, peppering her with questions. A pretty, 22ish-year-old with a “nothing impresses me” aura that had the force of something she’d been honing since she was five, she rewarded his effort by giving him the bare minimum. Still, he tried, asking her what she did for work when she wasn’t studying. That’s when she said she was a nanny and made the comment about baby care being as easy as pushing buttons on an egg-shaped device.

When I heard it I involuntarily snort-smirked over my drink and thought God, the oversimplified, stupid things people say.

Maybe my reaction was defensive but I swear I don’t know what the hell that girl was talking about. Parenting is the hardest thing I’ve ever done. Bar none. Sometimes I feel like I got a defective copy of the “mom gene”, like something accidentally left in the pocket of my pants that went through the wash. What I found when I finally pulled it out to use it was a crumpled, illegible version of what it was supposed to be. From practically day one I’ve felt inadequate to the task of parenting.

On one hand, the primal love I felt for my kids when they arrived in the world was like nothing else. They filled a void in my heart I didn’t even know was there. When they were being sweet, and I wasn’t tired, their constant craving to hug my neck made me feel full of gooey love.

On the other hand, I lacked confidence in my parenting skills. I wasn’t the calm, smiling mom. So much about parenting felt like chore rather than pleasure. The sound of crying made me want to claw the walls. Inconsolable crying episodes piled on top of sleep deprivation made me understand how people accidentally do harmful things to children in a moment of abject despair and impotence. The fact that I heard crying and / or screaming every single day for four solid years when my kids were little had a lot to do with why I started drinking wine pretty much daily. The simple truth is that, for a while there, that glass of wine was practically the only adult pleasure I felt in a day.

I would ask my own Mom when it would get easier. She’d look at me with some pity and a hint of your teenage karma is going to revisit you, Sweetie and say, “it doesn’t get easier, it just changes.”

And change it has. It started with the hard work of keeping little kids from doing shit that might get them killed, through dealing with “mean girls” (starting in the second grade), to the tween and teen hormonal ragers we have going on today.

This year has been particularly interesting. Our older one, much to my surprise, came out to us shortly after her 13th birthday, which did make me feel like we must be doing something right as parents that she felt comfortable enough to tell us her truth at such a young age. But damn if she didn’t come out of the closet swinging, immediately opening up a can of Women’s Studies 101 Whoop Ass on anyone who purposely or accidentally offended her.

Mostly, I feel like I’m just winging it trying to figure out the next, right step so I parent her without unintentionally shaming her. I’ll try to be cool with however she expresses herself. Kind of hoping it’s something short of this. 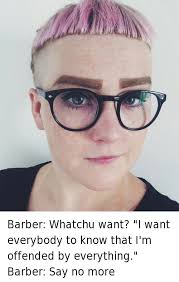 I imagined I’d have kids but I wasn’t a woman who longed to be a mother. Motherhood doesn’t complete me, if you know what I mean. My husband gets it because this is the Mother’s Day card he gave me, filled with lovely things like “The highest compliment I can pay is that you have fiercely maintained your identity, interests, hopes…At the same time you have made sacrifices that make our lives the envy of our peers.” (A tiny display of hardcore appreciation on Mother’s Day is all I want. He delivered.)

Still, it’s weird to me that 13 years later I’m still a stay-at-home-Mom. Far longer than I expected.

You know what I miss most about kidless, working life (aside from making a meaningful professional contribution to the world?) An expense account. I loved traveling and eating at nice restaurants on someone else’s dime. That and the deep sense of personal autonomy. Though my husband complains about work travel when he’s doing a lot of it, I have a hard time feeling sorry for him. Staying in a hotel room by myself; not having to ride herd over bleary-eyed crab monsters dragging ass in the morning with hair-trigger tempers because they can’t bolster themselves with coffee; eating a nice dinner by myself with a glass of wine and a book – this is the stuff of my fantasies.

Don’t get me wrong. My kids are amazing. They’ve brought me joy and a depth of love I don’t have words to adequately describe. They took up residence in my heart and cracked its bedrock with their roots. I am so vulnerable to my love for them that it’s overwhelming to think about the intensity of the pain I would feel if something catastrophic happened to either one of them. Also, they can be such insufferable little ingrates sometimes. But, God, how I do LOVE those (occasional) little assholes. I would put myself between a bullet and either one of them without hesitation.

Parenting is a delayed-gratification marathon before kids reach the point of appreciating the sacrifice that’s been made on their behalf, if they actually do reach that point. But I’m optimistic. My older kid already trusts me enough to talk to me about her struggles. Plus she presented me with homemade chocolate covered strawberries for Mother’s Day!

My younger daughter gave me a sweet card, homemade lavender bath bombs, more chocolate and told me I’m the best. My gay husband gave me a bottle of wine (Yes way, rosé!) and promised to do all laundry for a week.

And Richie over at the spa gave me a fantastic massage. Yes, it takes a village to keep Momma serene. Fortunately, my people don’t resist because they get me.

I’m confident we’ll get these kids to legal adulthood without too much baggage, and then gently but firmly kick them from the nest. Here’s hoping their dysfunction is just enough to make them interesting, funny adults.

Your children are not your children.
They are the sons and daughters of Life’s longing for itself.
They come through you but not from you,
And though they are with you yet they belong not to you.

You may give them your love but not your thoughts,
For they have their own thoughts.
You may house their bodies but not their souls,
For their souls dwell in the house of tomorrow,
which you cannot visit, not even in your dreams.
You may strive to be like them,
but seek not to make them like you.
For life goes not backward nor tarries with yesterday.

You are the bows from which your children
as living arrows are sent forth.
The archer sees the mark upon the path of the infinite,
and He bends you with His might
that His arrows may go swift and far.
Let your bending in the archer’s hand be for gladness;
For even as He loves the arrow that flies,
so He loves also the bow that is stable.

Me in a nutshell: nerd, parent, writer, political junkie, spouse, curious cat, music lover, massive fan of traveling, bit of a smart ass. I write about whatever interests me.
View all posts by Chris DeVinney →
This entry was posted in parenting and tagged Kahlil Gibran, mother, Mother's Day, motherhood, mothering, parenting. Bookmark the permalink.
%d bloggers like this: